Today and everyday, we honor our fallen heroes and recognize the impact of their sacrifice; these brave individuals who served our country for their families, friends, and communities to ensure we all can live our lives to the fullest. Memorial Day is a somber day for those who have lost brothers and sisters-in-arms on the battlefield or to the battle at home.  It is a day of remembrance and reflection for families of the fallen.  The Combined Arms Fitness Center is adorned with vivid murals representing each branch of service, honoring a fallen hero from each branch, created by veterans of Warriors in Art, reminding us on Memorial Day and every day, to never forget. 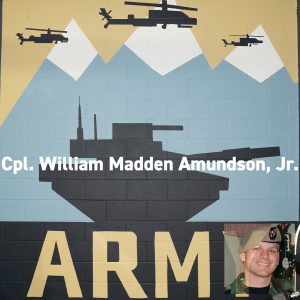 DOB: 4 June 1983
DOD: 18 October 2004
Branch of Service: US Army
Cpl. William Madden Amundson, Jr. was killed in action in eastern Afghanistan on Oct. 18, 2004. He was a mortarman assigned to 3rd Battalion, 75th Ranger Regiment at Fort Benning, Ga. He was a graduate of Oak Ridge High School Class of 2001 where he participated in their JR ROTC program. Bill enlisted in the Army in May 2001 and completed One Station Unit Training at Fort Benning as an indirect fire infantryman. After graduating from the Basic Airborne Course there, he was assigned to the Ranger Training Detachment, 75th Ranger Regt. He graduated from the Ranger Indoctrination Program in November 2001 and was then assigned to 3rd Bn., 75th Ranger Regt. Along with numerous awards and decorations, he was also awarded the German Parachutist Badge. Cpl. Amundson was posthumously awarded the Bronze Star Medal, Purple Heart and Meritorious Service Medal.
Memorial Day means remembering Leroy Sandoval, Jr. to the family of Combined Arms’ own Bryan Escobedo, including Sandoval’s parents, Steve and Zaida Walters. 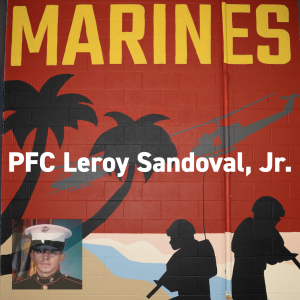 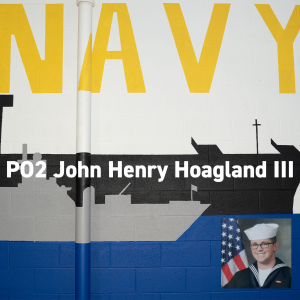 DOB: 5 October 1996
DOD: 21 August 2017
Branch of Service: US Navy
Petty Officer 2nd Class John Henry Hoagland III, died on August 21, 2017, at sea, aboard the USS John McCain. He was born in Conroe, Texas. John attended Shoemaker High school, in Killeen, graduating in 2015. John was known for being sweet, kind, and reliable. He participated in the JROTC program all four years of high school and said his goal after high school was to join the Navy. John enlisted in the Navy in 2015 where he proudly served aboard the USS John McCain since October 2016. He was trained as an electronic technician. The USS John S. McCain collided with the Alnic MC, a 30,000-ton chemical and oil tanker sailing under the Liberian flag, on Aug. 21 in the waters east of the Straits of Malacca, near Singapore.
Memorial Day means remembering Lt. Col. Mark E. Stratton to his wife, Jennifer, and their three children, Delaney, Jake, and A.J. Stratton. 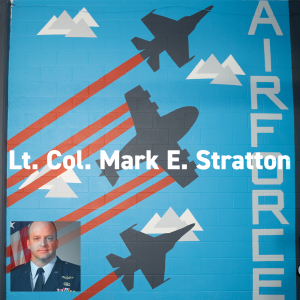 DOB: 1 July 1969
DOD: 25 May 2009
Branch of Service: US Air Force
Stratton, 39, commanded the PRT. He was deployed from the Joint Staff’s plans and program office at the Pentagon, an Air Force spokesman said. Provincial reconstruction teams specialize in helping Afghan communities with development projects such as building roads and schools, expanding medical services and providing electrical power. Panjshir Province is located in the mountains north of Bagram Airfield. Before starting the Pentagon staff post, Stratton flew as a senior navigator onboard RC-135 Rivet Joint reconnaissance aircraft. On the Joint Staff, he served as an executive assistant for the deputy director for politico-military affairs-Asia. Stratton’s Air Force career began in 1992 after receiving his commission through the Reserve Officer Training Corps and graduating from Texas A&M University in 1991. Lt. Col. Mark E. Stratton came up through the ranks as a navigator and left his Pentagon desk job for a year in Afghanistan.  He died when a roadside bomb exploded as they drove near Bagram Airfield.
Memorial Day meant remembering Heriberto Segovia “Eddie” Hernandez to his parents,   Heriberto Hernandez and Juanita Segovia Hernandez. 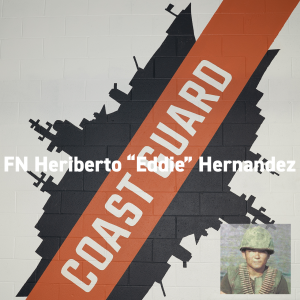 DOB: 23 Jul 1948
DOD: 5 December 1968
Branch of Service: US Coast Guard
Born in Laredo, Texas, he enlisted in the Coast Guard in 1965.  After completing basic training at Alameda, California, Hernandez was assigned to the cutter Bering Strait, then Loran Station Saipan and Coast Guard Base Galveston before finally being sent to Vietnam in 1968 aboard the 82-foot cutter Point Cypress. On December 5, 1968, Eddie, his executive officer, and a visiting Coast Guard officer from another vessel shoved off from the Point Cypress in one of these Boston Whalers on a routine inland patrol on the Cau Mau Peninsula at the southern-most point of South Vietnam.  Motoring up the Rach Nang River, the river-reconnaissance mission was searching for Viet Cong patrols known to be operating in the area. Their fiberglass boat provided no protection from enemy fire, which they soon encountered as they approached an enemy bunker. The Viet Cong pummeled Hernandez and the officers with automatic weapons fire, riddling the Boston Whaler. The crew escaped the deadly ambush, but not before Eddie and the two officers were severely wounded. Although the vessel was able to limp back to the Point Cypress, Hernandez’s wounds proved to be mortal and he died once on board the cutter. For his bravery under fire, Eddie was posthumously awarded both the Purple Heart and the Bronze Star Medal with the Combat “V” (for valor).
Memorial Day means something entirely different to Denise Slaughter, an ardent supporter of Combined Arms. During the weekend of Memorial Day in 2016, she was caught in the crossfire of an active shooter. Instead of closing her heart to hate, she opened it to compassion to help others. Today, she’s active in the community to champion for veteran mental health and wellbeing.