I write this letter with humility and hope in my heart. I write it so all of you know and understand the immense honor it has been to serve as Executive Director of Combined Arms over the past 3 years.

In 2016, life was good for The Lands. I was happily employed and making good money. I was a volunteer leader with The Mission Continues, connected to the community and filled with purpose. My wife, an entrepreneur, was running her own business and recognized for great work. My kids were doing well in school and making friends. What else could I possibly want?

At about the same time, a group of leaders from the community created the concept of Combined Arms. They received funding for the project and needed to turn it into a reality. I was approached by a few of those community leaders, whom I call friends. They wanted to know if I would be interested in leading the effort to build Combined Arms. First of all, what is Combined Arms? Second, how does this fit into my career path? Third, what an amazing opportunity to help veterans who struggled with transition just as I had!

I told Bri, my wife, and she thought it was nuts, and frankly, I wasn't sure either. I knew this was a once in a lifetime opportunity, but as the breadwinner of the family I had grown to be quite risk­ averse. We decided this was just too important to ignore, so my family and I took a leap of faith and I accepted the role as Executive Director of Combined Arms. 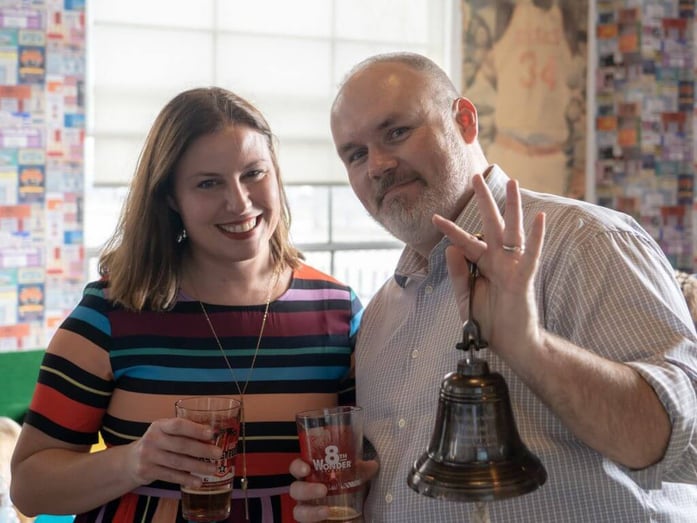 As I prepare to write this, I close my eyes to reflect on my experience as the plank-owning "Skipper" of Combined Arms. A few memories and lessons emerge as too important not to share.

Gratitude.  At the end of my first week, I was exhausted. I had met too many people to remember and was struggling to carve time out to "get shit done." With my face in my hands, I looked outside my office door and saw stacks of backpacks full of school supplies that had been prepared by Lone Star Veterans Association to be picked up before the school year started. I saw a father walk in with his son. I watched as a volunteer handed the child a backpack. The face of the child was happy, and the face of the father was relieved. I cried. I was overcome with gratitude for being able to experience such a sweet moment first-hand.

Resiliency.  During the immediate aftermath of Hurricane Harvey, the Combined Arms Transition Center became the "rally point" that it was meant to be. It was abuzz of activity. We hosted 3 mobile units from the Department of Veteran Affairs, the Houston Blood Bank, Disabled American Veterans (DAV), FEMA and Team Rubicon. Hundreds of flood-affected veterans came to Combined Arms to get connected to resources. There was a line around  the block, and it was HOT! We did our best to get them in the shade and keep them hydrated. Our fitness center became a makeshift shelter for people waiting to see FEMA or DAV. One group of Post-9/11 veterans flipped over a box and started playing cards. A couple of Vietnam Veterans played a joke on our Technology Manager by pretending that one of them was hearing impaired. When we offered to bring the elderly and disabled, including veterans of WWII, Korea and Vietnam, into cooler spaces and not one of them volunteered. They wanted to remain together. This is when I truly realized that resiliency was built into the DNA of the American Veteran.

Service Above Self.  One thing has always been constant. It was here before I arrived. It will be here after I'm gone. Veterans place the needs of others before their own. My board of directors does not receive pay. They give their time, treasure and talents in abundance to ensure the success of Combined Arms. Our member organizations do not receive funding to participate in the Combined Arms System. They have decided that working together is for the betterment of all veterans and our city. Our veterans show-up when they don't have to. They volunteer to answer phones, paint murals, build gardens, move furniture, serve food, perform wellness checks, lead groups, coach boxing, run CrossFit, teach physical fitness, plan fundraisers, throw parties, decorate for holidays, shoot video, take photos, review financials, etc. None of this happens without you.

Value.  Everyone has value. Everyone.

In late 2018, after much self-reflection, I came to the conclusion that I had taken Combined Arms as far as I could. I knew the next phase of our strategy would have to be led by a "fresh team of horses." I met with the Board of Directors to inform them that I would be stepping down in Spring 2019. We determined the best timing for this would be at the completion of the merger between Combined Arms and Lone Star Veterans Association (LSVA) and assumption of command by the new leadership team.

Surprise! I officially stepped down as the Executive Director of Combined Arms on Friday, April 5th. Combined Arms is going to be in THE best hands. John Boerstler of NextOp will be the Chief Executive Officer (CEO) and Kevin Doffing of LSVA will be the Chief Operating Officer (COO). You may have seen our newsletter describing the merger; however, we didn't go into much detail regarding my transition.

I'm excited about starting the next chapter of my life, and I will continue to be a member of this amazing community. I can't wait to see you at TMC service projects, networking events and fundraisers. Many have been asking, and YES I would love to stay in touch, so please connect to me on Linkedln or send me an email.

To my Board of Directors, past and present: To steal a phrase from a fine Texas institution, you are my 12th Man. On the field as a player when you need to be. On the sidelines as a coach or mentor. In the stands cheering, supporting. You are ALWAYS a factor in EVERY victory. Thank you all.

To Wilson, Esco, Monique, Alan and Earl: It has been my absolute honor to serve this community alongside you. Thank you for the many hours of work, your energy, your empathy, your integrity and, most of all, your trust. I know that you will serve with the next leadership team as faithfully as you have served with me. 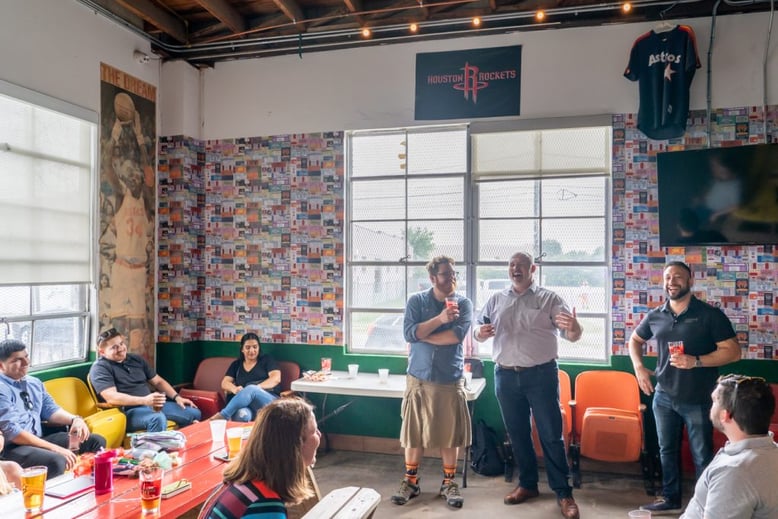 If you are active duty, reserve, veteran, spouse, caregiver or a military family member NEVER forget that you are Houston's best asset. This community of organizations, veterans and supporters, collectively known as Combined Arms, has your back. We support you. We believe in you. Our future depends on you. 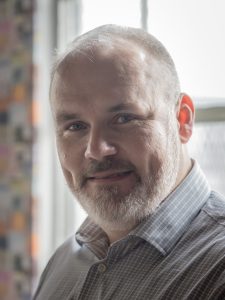